In the modern era, where the mobile phone has eaten all of our gadgets including flashlights, alarm clocks, calculators, etc. There are still some people who carry EDC flashlights with them.

If you are one of those people who are curious that why do people carry EDC flashlights with them, then you have landed on the right blog post. 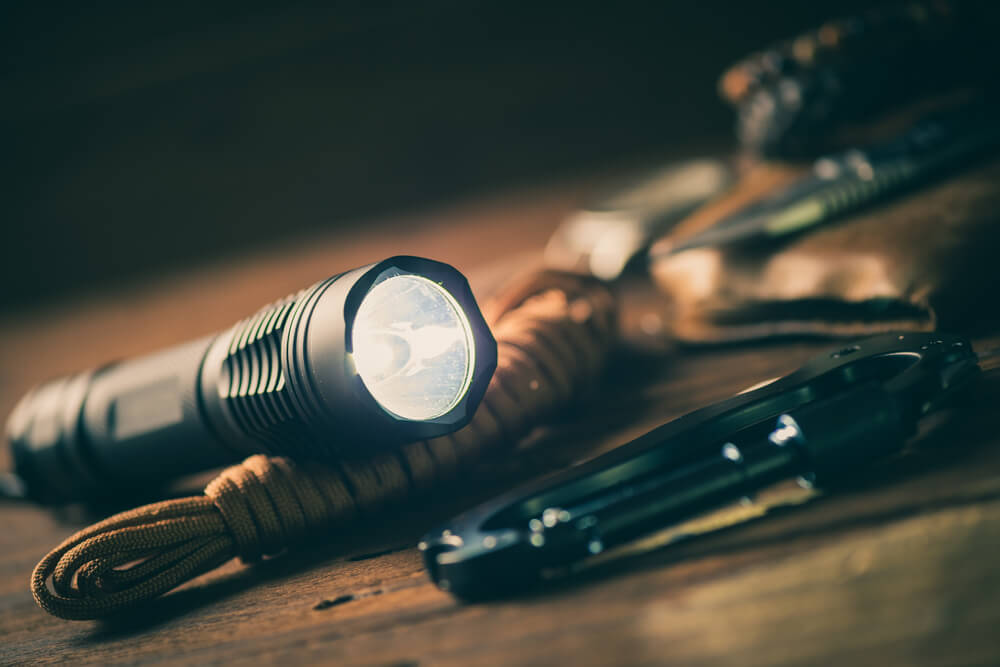 When Can EDC Flashlights Come in Handy?

Before jumping into the main topic, in which we have discussed why you need to carry a flashlight. Let’s check out the situations in which an EDC flashlight can come handy.

There are many situations in which an EDC Flashlight comes in handy. Take for instance the example of a power shortage.

A power outage may be caused by many events such as a storm or electrical troubles. If you are a resident of Asia, the load shedding of electricity renders power outages for as long as several hours.

During this time, people are often seen using their cell phones as flashlights which results in the cell phones losing their battery and being useless in case of an emergency call.

With the advancement of technology and our reliance on phones, we have rid our homes of the more basic things such as candles.

Even without a power outage, there are certain places in the house where one might need guidance such as the garage or the basement. Consider hearing something in your backyard and you want to investigate or maybe someone has entered your house?

What if you are looking for something and the light is feeble and in order to look for that something, you first have to look for a flashlight in your house? Similarly, the home is not the only place where one might need EDC Flashlight. Best EDC Flashlight is essential while traveling as there are often no power sources for your phone batteries.

Even if there are any power sources, the family members would always be fighting as to who gets to charge their phones first. Whether it is camping or a night away from home, a flashlight would never fail you.

Unlike the phone, the batteries of the flashlight can be easily replaced or even carried in the pocket. If that fails you, batteries are readily available at any store, no matter where you are.

Why Do People Carry EDC Flashlight?

We all remember the time when our fathers would work on the car or fix a circuit in the house and we would be responsible for handling the flashlights. Many such reasons compel us to carry EDC Flashlights in case of an emergency. Here are a few essential reasons for which people usually carry EDC Flashlights.

EDC Flashlight must be a part of your Everyday carry because a flashlight is an important tool in your survival kit. Without vision, one cannot perform everyday tasks and fails to look for other necessities. Relying on your cell phone for everything is not always a good option and with the cheap rates, easy accessibility, and greater visibility, the EDC Flashlight becomes a necessity that cannot be ignored, thus people still carry EDC flashlights, even in this modern era.

Stephen is a lifetime nerd and loves to play around with latest gadgets. He loves to explore the unseen side of the technology. Stephen is obsessed with all the different types of lights and torches, their working and comparing them.
He also loves to write about different technology products. When he is not working, he is playing around with his German Shepard "Tom".